I was watching Oprah the other day, and there was superstar tennis champ, Serena Williams giving her a pedicure. It was a little bizarre to watch one of the best tennis players in the world working on Oprah’s feet! Anyways, Serena’s dream is to do nails full-time and says doing nails ‘relaxes’ her. During their 45 minute session, Oprah gave her relationship advice – sounds like her and Common aren’t together anymore 🙁

(I though Serena’s makeup looked immaculate on the Oprah show, very feminine, soft and demure). Serena announced to Oprah that she’s teamed with OPI to release a ‘Gram Slam’ collection, for each of the 4 slams (Australian Open, French Open, Wimbledon and the US Open). The first set will debut in January, coinciding with the Australian Open (Elaine will be attending, lucky!) 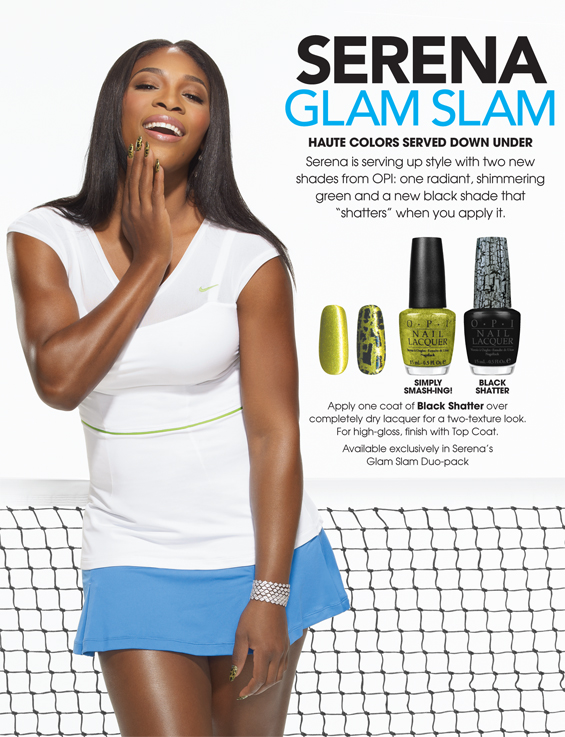