Teen heartthrob and singing sensation, Justin Bieber is attempting to takeover of the beauty industry!

A couple of weeks ago, news broke of his nail polish line with OPI.

The line is called “One Less Lonely Girl” and will be apart of the Nicole by OPI brand. The colors are pretty funky: 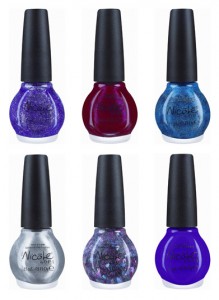 However, the line won’t be in stores until February 2011. Nevertheless, his fragrance debut called “My World”, is launching November 26 at Walmarts around the USA.

The sent will be unisex, to appeal to all his millions of adoring fans. “Icon, Energy, Tour and Web” are the four scents that will be available in dogtags and wristbands, instead of regular perfume bottles.

Are you buying into the Bieber Fever?