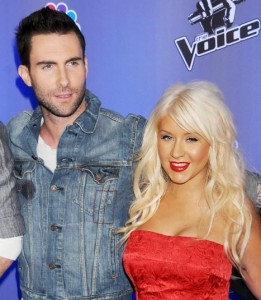 Maroon 5 frontman, The Voice mentor, and yogi, Adam Levine, is developing his very first fragrances! The latest celebrity to jump on the perfume bandwagon, Levine’s scents for both men and women will “reflect [his] personality and style,” according to a release.

The fragrances, called 222 (his lucky number) will debut in May 2013 for $36-$65. Gift sets and related products will follow seasonally.

Interestingly, almost a year ago Levine tweeted, “I also would like to put an official ban on celebrity fragrances. Punishable by death from this point forward.” Christina called him out about his tweet on Twitter…oh snap: