Rihanna constantly changes up her hairstyles – a reported 13 times since dying it that drastic red last year and it looks like she’s charging up quite the hair bill, according to the Daily Mail. The British newspaper reports that Rihanna has been shelling out nearly $23,000 a week to celebrity hair stylist Ursula Stephens.

One source close to the 23-year-old star told the Daily Mail, “Rihanna likes to pioneer new styles but it’s costing her a fortune.” Yes, it sure does, when Ursula charges almost $3,300 a day!

Since that famous RiRi bob, Ursula has been changing up Rihanna’s beautiful locks at lightning speed. She’s gone from short on the racy cover of GQ to wavy for the cover of Vogue and now to an Afro, showcased on the cover of April’s Rolling Stone.

Rihanna’s famous style is part of her star appeal, so keeping it fresh unique is crucial. Gracing the cover of Glamour‘s September issue, she told the magazine:

“In the beginning of my career, it was really strict for me. I couldn’t wear pink or red lipstick; it was just bizarre. We had a young fan base, and they were trying to keep me fresh. But I just really wanted to be myself. I wanted to be sassy, the attitude, all these things that I am.” 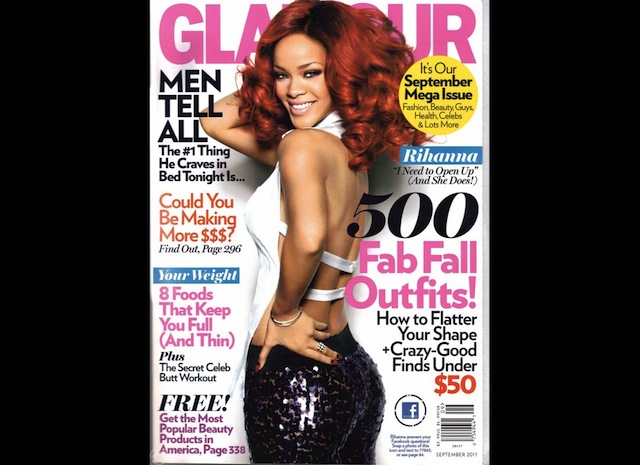